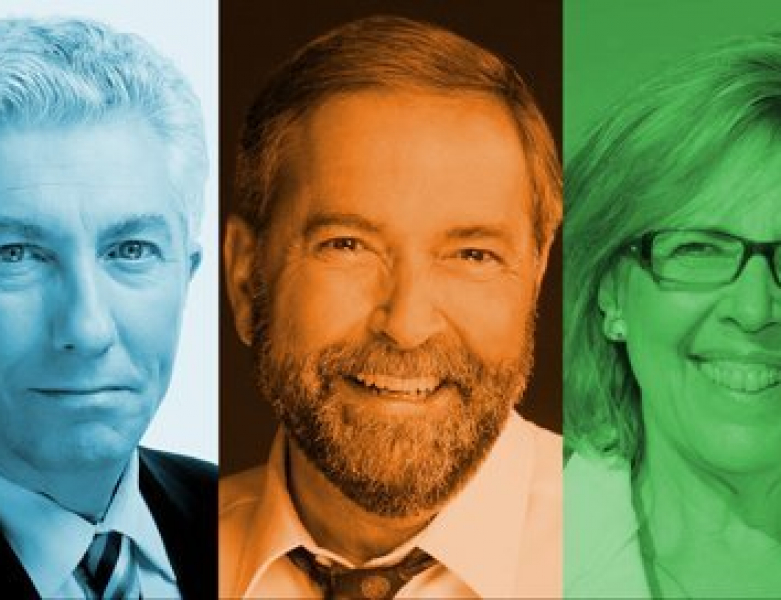 Although the 2015 federal election campaign was a great challenge, the Oakville NDP ran an excellent campaign. We had a wonderful candidate in Che Marville – personable, articulate and dedicated. We can expect to see her go from strength to strength.

We had more volunteers, delivered more fliers, and received more donations than we have in many years. Despite all that passion energy and hard work, we didn’t win. I am comforting myself that throwing Harper out of office is our consolation prize.

At the same time, I am feeling a sense of sadness today. For the past eleven weeks, it was still all to play for and anything might happen. This optimistic thought was born with the Orange Wave in Alberta, when Rachel Notley took the province for the NDP.

It blossomed almost to euphoria as the federal NDP took the lead in the polls and voters started to take a more positive look at us and listen to what we had to say. It died last night, when 68% of eligible voters turned out and threw the NDP under the bus.

All of us have worked so hard to persuade an additional three million Canadians to use their vote. Talking to young people on Election Day, I heard that when they got to the polls they thought, “If I can help unseat Harper, I will do it.”

So why did they vote for the Liberals in such an overwhelming fashion? Why not Elizabeth May? Why not Thomas Mulcair?

Although everyone loves and admires Elizabeth May, her party just did not look like a viable proposition to throw out the Conservatives.

As for Tom, they quite liked him when he was “angry Tom,” thumping the table and calling Harper to account. But they couldn’t stomach him as smiley, avuncular, middle-of-the-road Tom, without a principle or a vision to call his own.

What they found they liked was young, energetic, goofy Justin, apparently open to new ideas and ready for change.

But this morning many are thinking, “Oh Lord, what have we done?” Only time will tell.

And if Justin keeps his promises on electoral reform, this Fall’s national vote may be the last federal election conducted under the first-past-the-post electoral system. Roll on the day when every vote will really count and no one has to vote strategically but can follow their heart.