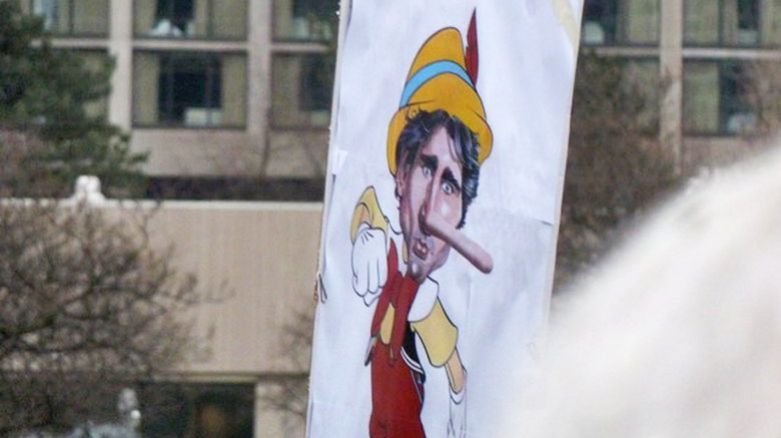 The ramp outside of Toronto City Hall was closed (apparently due to ice, but that had melted) so we climbed the barrier and hung up my “Make Every Vote Count” sign. It looked pretty good for about 10 minutes, until the police saw it and took it down.

The croud started with chants and a recognition of the First Nations land we were occupying. The speakers included:

You can still sign Nathan Cullen’s petition online. The fight goes on! 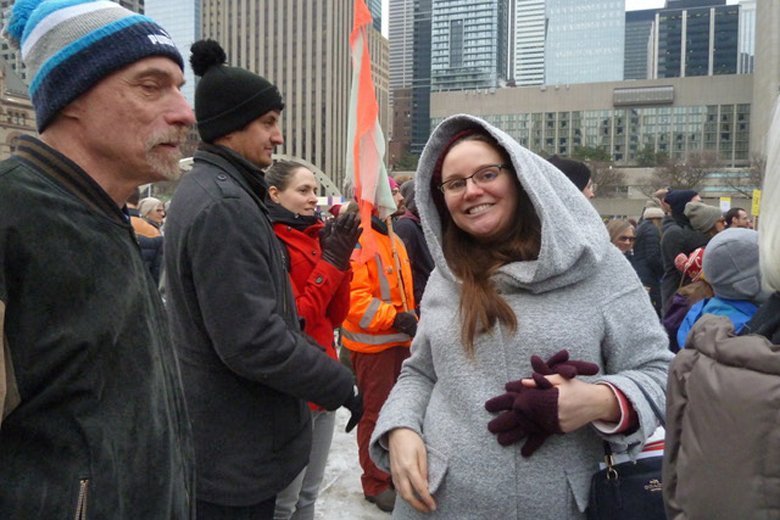 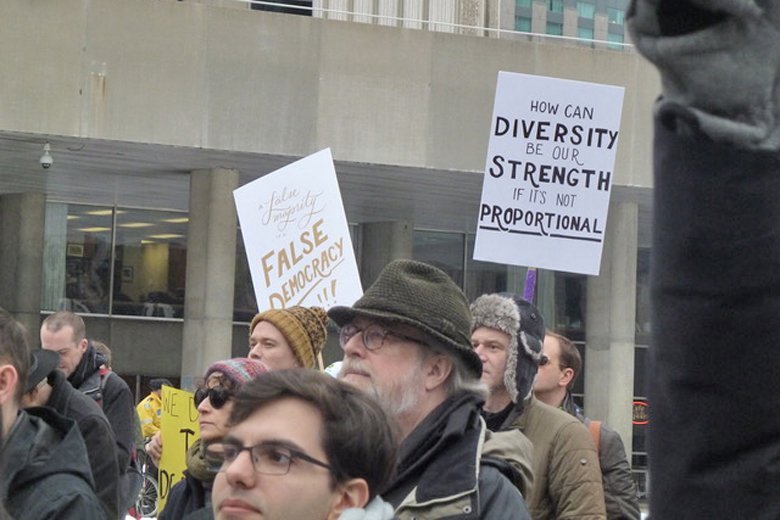 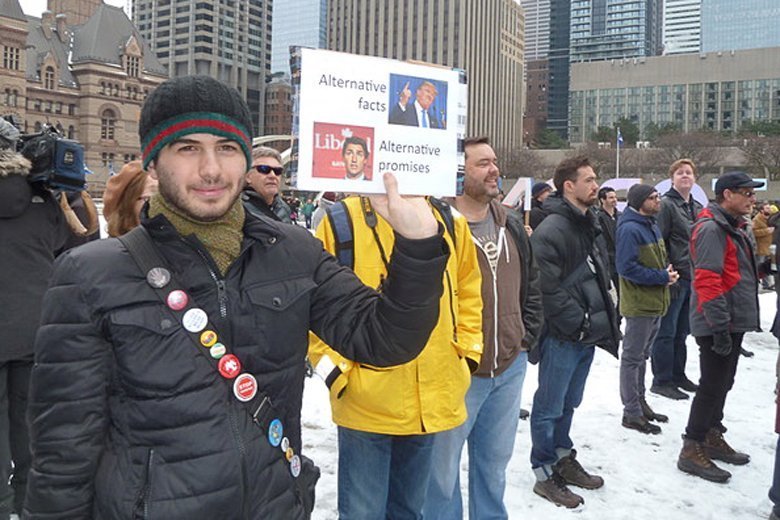 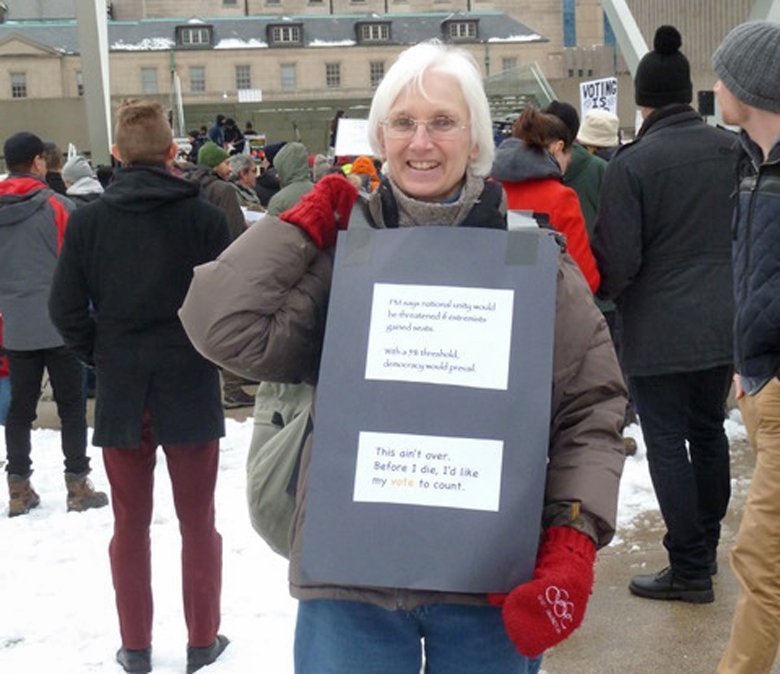