Just Your Average Week for an Oakville NDP Activist 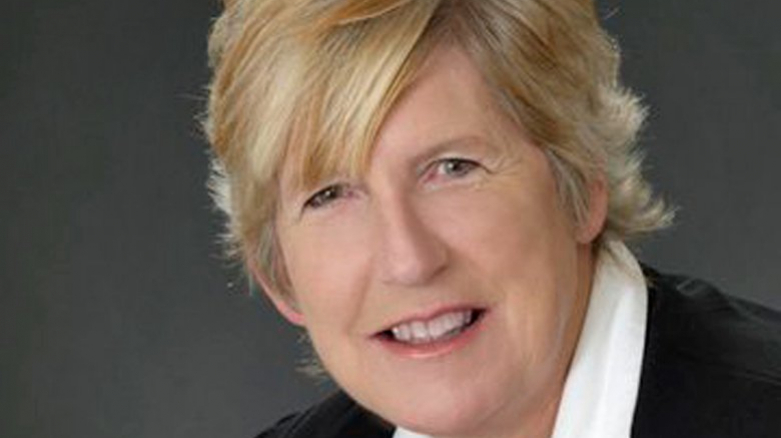 Crossing the threshold of Steelworkers Hall on Cecil Street brings back memories of the NDP Women’s Caucus. Feel that warm welcome and smell the coffee!

At the Canadian Association of Labour Media (CALM) conference, fantastic presenter Sima Sahar Zerehi inspires me to communicate and create a buzz. Then I enjoy great interactions with union folks role-playing tough interviews. It is like getting an inoculation of progressive enthusiasm. I bubble all the way home through Saturday traffic.

At a Sunday dinner party for friends, I have to mediate a few times when they get very passionate about topics like the Fords and metro politics, and Gian Ghomeshi and violence against women. To bed late, feeling a bit fuzzy headed and losing my voice.

Monday morning and I wake up coughing like a homeless hobo. Amazon delivers “Party of One” by Michael Harris and I curl up to read. After twenty minutes of reading my blood pressure is through the roof! Michael Moore should make a movie out of this, so that everyone gets the inside scoop and hits the barricades.

Up late on Tuesday, still coughing horribly. Stagger downtown to the Remembrance Day parade. It is a glorious blue and gold day and the music and ceremony are awesome on this 100th anniversary of World War 1. As the wreaths are laid, I wonder if any are ever laid for non military personnel – all those nurses and drivers and code crackers and cooks and even just ordinary people who were bombed.

As the wreaths are laid, I wonder if any are ever laid for non military personnel – all those nurses and drivers and code crackers and cooks and even just ordinary people who were bombed.

Loved the ceramic poppies at the Tower of London (Bloodswept Lands and Seas of Red) but was actually more moved by the sight of people placing their own poppies on the tomb of the Unknown Soldier in Ottawa. A Dutch lady in the crowd at the parade said she’d be watching the History Channel because “today means a lot to us in Holland.”

Wednesday gathering at Taste of Colombia, a friendly coffee shop. Reclaim Our Democratic Canada is meeting to formulate a strategy to elect a government in 2015 that will reclaim our vanishing democracy. When we split into small groups to work on tactics, I have to stop myself monopolizing the conversation – I am still so jazzed after the CALM conference. We come up with a great list of potential actions and I promise to circulate a synopsis of the plan.

Thursday morning and I’m sent a great video about mental health and the need to devote serious resources to treatment. It is filmed in St John’s, Newfoundland, with a few “local folk” holding printed signs to make their points. Of course, the local folks are Rick Mercer, Mary Walsh and the entire cast of Republic of Doyle! What a neat way to get a message across. I had written to the Minister of Health a few weeks ago making the same points but this has way more impact.

Thursday evening and the Oakville District Labour Council is hosting its awards dinner, with guest speaker Jim Stanford, economist with Unifor. I’m still coughing and wheezing but determined to go. Its like old home week, with all the local progressives meeting and greeting each other.

A great dinner, some very worthy awards and a funny, fact-filled speech from Jimbo Stanford. Dave Miller the ODLC President is called on to make the final speech of thanks while his wife is out of the room. He hands his baby daughter to Jim Stanford while he fishes out his speech. Jim points out that he is sometimes given a Tim Hortons Gift Card by way of thanks. Being given a baby is a first!

I spend some time with June McDonald of Fair Vote Canada and we work the crowd together. The Fair Vote resolution on Proportional Representation does get passed but not without considerable bickering.

Friday morning and I’m squished onto the 7:15 commuter train into the City. I’m double booked to volunteer on Day One at the ONDP convention and also to spread the word to delegates about voting for the Fair Vote resolution. Its great to see so many familiar faces from the party but also to see the young and energetic new ones. I ask Rosario Marchese, who lost his seat in the Provincial election, how he is doing.

He grins and says, “Surprisingly well! Peter Tabuns and Cheri di Novo look energized, Howard Hampton looks careworn. The Socialist Caucus creates a bit of havoc. Delegates are angry with Andrea about losing clout when she forced an election and handed the Provincial Liberals a majority. There is so much anger and obstruction, some delegates leave the Convention Hall.

I spend some time with June McDonald of Fair Vote Canada and we work the crowd together. The Fair Vote resolution on Proportional Representation does get passed but not without considerable bickering. The young volunteer coordinators have had me on my feet continuously from 8.30 this morning and by 5.30 I am feeling my age and bow out. It will be interesting to see how the Leadership Review turns out.

Saturday is Santa Claus Parade day and so of course bitterly cold. A memorial is held in the Town Hall for Yvonne, a friend who was the driving force in the local Liberal party. A union brat from her childhood in Scotland, she was a cheerful scrapper, a hardworking lefty activist and a very generous and loving person. There are people from many political parties and many lefty groups. The celebration has us laughing and crying, putting on protest badges and signing petitions. May all progressive activists produce such a wonderful effect.

T’was The Night Before Christmas – A Spoof
Skip to content