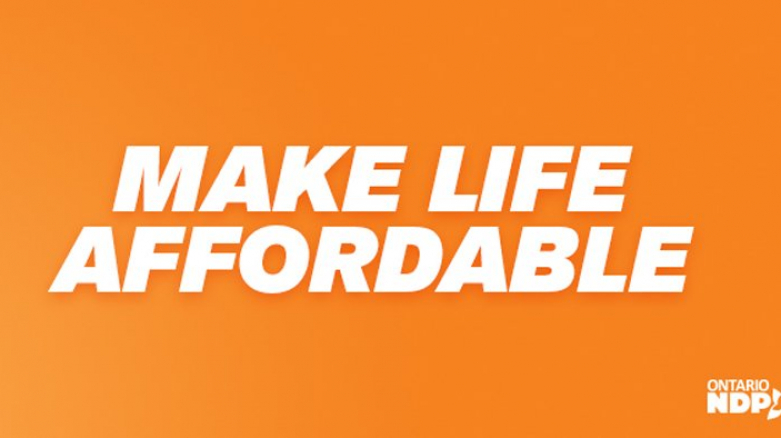 Andrea Horwath, Leader of Ontario’s New Democrats, says she has lost confidence in the Liberal government amid mounting scandal and waste and that it’s time for change.

“The Liberal budget is a mad dash to escape scandal by promising the moon and the stars,” said Horwath.

The Liberals this week introduced a budget containing more than 70 new promises in a desperate bid to keep their sinking government afloat in the midst of a criminal investigation into the gas plants scandal and cover up.

“This government has no plan to get the basics right, like creating jobs, lowering hydro rates, and making life more affordable,” said Horwath.

The last-ditch budget comes after the Liberals failed to deliver results on a series of promises made in the previous year’s budget, including reducing auto insurance rates, cutting home care wait times, and setting up a Financial Accountability Office.

“The same government that couldn’t fulfill three promises over the last year is making more than 70 new promises this year. How can Kathleen Wynne build a ship, when she hasn’t managed to build a raft?” said Horwath.

The Liberal budget contains a new round of no-strings attached giveaways for corporations, and includes no plan to get sky-rocketing hydro rates under control or create jobs by rewarding job creators.

“For the last year Ontarians have been telling me they want to see results on jobs, hydro bills, affordability and accountability, and the Liberals haven’t delivered. It’s time for a change. It’s time for a government that makes sense,” said Horwath.