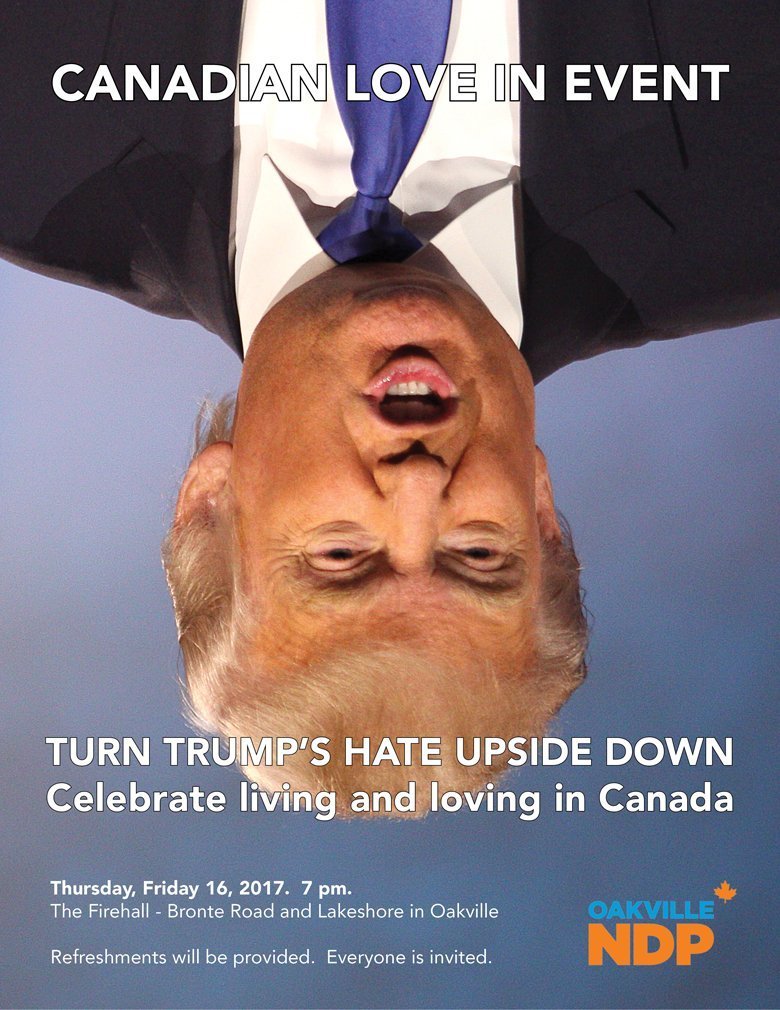 The Oakville New Democratic Party is holding a special Valentine’s event at the Fire Hall in Bronte. Called “Love Trumps Hate,” it’s designed to celebrate inclusiveness and diversity against the current political realities of division and fear.

“We’re turning the values of newly-elected U.S. President Donald Trump upside down,” says Oakville NDP Vice-President Tina Agrell. “Trump’s spiteful rhetoric and mistruths about women, immigrants and people of colour has to be confronted, and we can do this by celebrating diversity and social justice.”

Since the election of Donald Trump, racist attacks and hate crimes have increased in the United States, according to the Federal Bureau of Investigation (FBI). And with the recent and very tragic murders of six Muslim Canadians at a mosque in Quebec City, there is evidence that racist attacks have increased in Canada during the past months as well.

“We have to fight this animosity and division,” says Agrell. “People can take a stand now to show they want to live in a compassionate Canada that respects others.”

The Oakville NDP is inviting everyone to the event, regardless of what party they support, or who they vote for.

“If you don’t have a date for this year’s Valentine’s, don’t worry,” says Oakville NDP President Lesley Sprague. ”There’s plenty of love to go around. You can come and celebrate Canada in an inclusive and open atmosphere. All of Oakville is invited.”