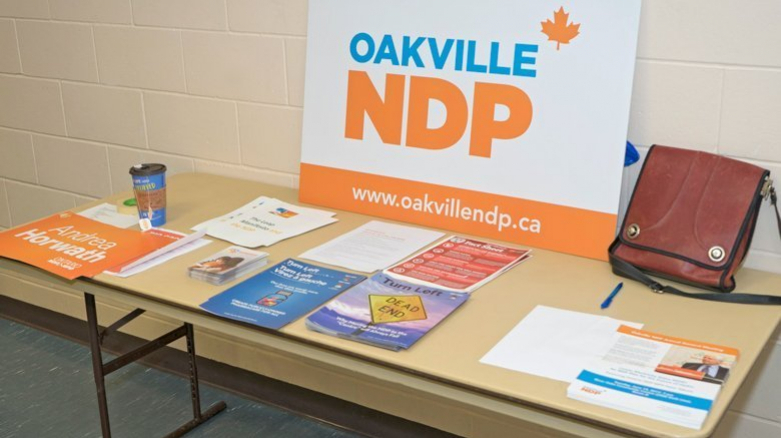 The meeting to select our candidate for the next provincial election will be held on Tuesday, May 1, 2018 at Queen Elizabeth Park Community Centre at 2302 Bridge Road in Oakville (fully accessible). Registration is from 6:30 pm to 6:59 pm, and the meeting begins at 7 pm.

All members of the NDP in good standing living within the boundaries of the provincial riding of Oakville are entitled to vote.

Status 3 – member required to renew at or prior to the meeting to be eligible to vote. If you have slipped to a Status 3, you will need to renew to vote

IMPORTANT: Where a person wishes to seek the nomination, the appropriate signed declaration and disclosure forms (found in the Candidate for Nomination Workbook) must be received by Provincial Office at least 10 days prior to the nomination meeting. These documents must then be reviewed and approved by the Provincial Secretary before a candidate for nomination will be considered officially declared.

At the same event, the Annual General Meetings of both the Provincial and Federal Oakville NDP will be held. We urge members to run for an executive position, which include President, Vice President, Chief Financial Officer, Secretary, Membership Director, Communications Director, Youth Representative and the Members at Large positions.

Please see attached documents for more information about the nomination meeting and the AGM. For additional information, please contact Diana Clarke, President, Oakville ONDP at (905) 582-5465 or by email: [email protected]

We look forward to seeing you there at the meeting.

Pharmacare For All Event Taking Place in Burlington on March 5