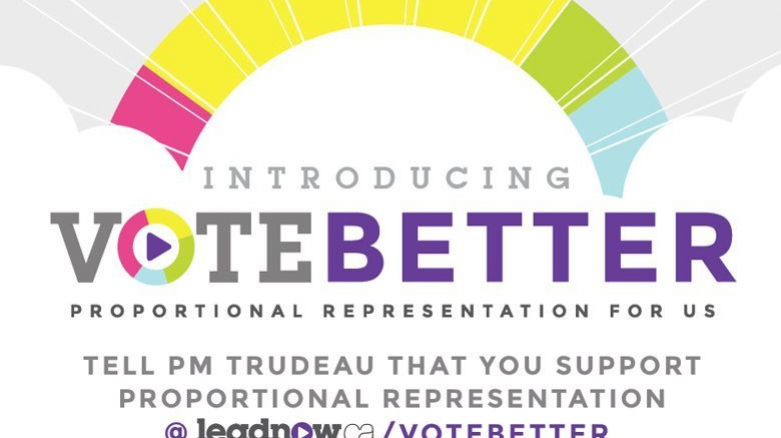 Oakvillians of all political stripes gathered on Friday, December 16th at the office of John Oliver MP to demonstrate broad support for electoral reform.

Specifically, supporters of Fair Vote Canada, Leadnow and the Council of Canadians (many of them also NDP members) were there to remind Oakville’s Member of Parliament of Prime Minister Trudeau’s campaign promise to make 2015 the last election using First-Past-the-Post.

They pointed out that Mackenzie King first promised proportional representation in February 1923 and said they did not want to wait another 100 years for it to happen.

Mr. Oliver was in Ottawa but on his instructions the demonstrators were made welcome in the constituency office with hot chocolate. The group presented a Christmas Box, containing a framed copy of Justin Trudeau’s election promise, a petition asking the government to make every vote count and a letter suggesting that the last election was a referendum on the need for electoral reform and that Elections Canada already has a mandate to pilot a Proportional Representation format at the next election.

A letter of response from Mr. Oliver stated his government’s commitment to electoral reform but also pointed out that the government will not move forward with major changes without the broad support of Canadians.

To complete their demonstration of support for Proportional Representation, the group serenaded Constituency Office staff with modified versions of Several Christmas carols, including