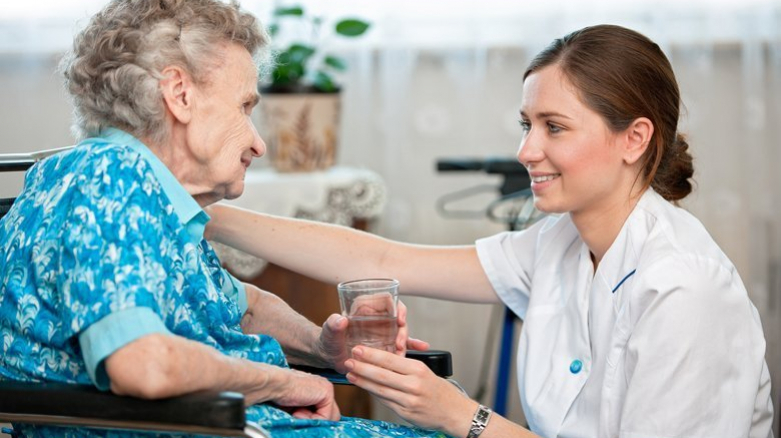 As part of advancement of Women Halton, an umbrella group of women’s organizations, focused on advancing the status of women locally, nationally and worldwide, I was concerned to hear that Halton Region plans to review its three Long Term Care Homes, in order to decide whether to sell them to the private sector.

The Region is currently responsible for one home in each of Oakville, Burlington and Milton. These homes are designed to care for the very sick and the very elderly whose needs cannot be met at home. The province and the region both subsidize these homes and oversee standards, so that high quality care is available to those most in need. Some private homes can offer the same levels of care but at a much higher price.

This past week I toured Post Inn Village, the Oakville home – and was impressed by both the design of the building and by the caring staff. The place is full to capacity, with a three-year wait list, so there is no denying the need. The staff are well trained and empathetic, and are reasonably paid and have benefits.

Along with a group of experienced (i.e. ageing) protesters, I “welcomed” Government House leader Peter Van Loan to Oakville this week. He came to a breakfast meeting to explain that Bill C-51 seeks to give more power to police services and security institutions to address national security threats.

In 2001 (after 9-11), Stockwell Day of the Alliance Party, complained that 18 days was not enough time to debate Liberal anti-terrorism legislation. He said, “I am disappointed and concerned that the government decided to rush through this complicated, controversial and powerful piece of legislation without debate and input.”

Yet in 2015 the Conservative Government cut off debate on Bill C-51 after only 9 days.

In Bill C-51, we are faced with a set of brand new and significantly revised national security laws that could undermine human rights more insidiously than at any time since the October 1970 invocation of the War Measures Act.

The bill does not specify what CSIS agents are allowed to do in the name of reducing security threats. (The definition of threats goes far beyond terrorism to include protests and blockades that are not considered lawful.)

The bill authorizes Federal Court judges to approve, in secret hearings, CSIS threat reduction activities that would violate the Charter of Rights. The bill would let CSIS itself decide when it needed a judge’s permission to breach someone’s Charter rights.

Allowing CSIS to run amok will not make us safer.

The bill appears to allow security forces to pry into every aspect of the lives of Canadians, to spy on our own citizens and to take drastic action without explanation or oversight.

We can acknowledge that a security threat exists, but Bill C-51 must be amended so that these Anti–Terrorist reforms scrupulously comply with international human rights laws and Canada guards against complicity in abuses (such as torture) by other states.

Most importantly, the bill must ensure that reforms are backed up by robust oversight and effective review, so that our civil liberties are not further eroded.


They Came From Away

I went to see a very intimate staging of a one man play entitled “They Came From Away.”

The play was put on by a talented graduate in Modern Languages from the University of Ottawa and his cousin, a recent Physics graduate from McGill. Since they cannot get jobs, they are touring the country, relying on donations from church groups and interested citizens, to make a living.

The format of the play is a reunion in Newfoundland for some of the 6,500 passengers in downed airliners, who were received so hospitably by the islanders on September 11, 2001. The young author inhabits all the parts, shifting from an ageing retired fisherman who now drives a school bus and is hosting this reunion, to an Italian who found much in common with Newfoundlanders, except their terrible taste in food, to a fluttery Georgia Mom, whose upbringing in the deep South did not prepare her for such an experience.

Her oldest son subsequently joined the military and fought in four tours in Iraq and Afghanistan, witnessing destruction and death. He is home now but the twinkle in his eye that made him special is gone for ever and he is “having a rough time.”

The audience can feel the moment when she begins to question whether her beloved President Bush was right to get involved in war.

The final character is a New York firefighter who was on his way to a training conference on the fateful day. He was forced to watch on a TV screen in a Newfoundland basement as his closest friends went into buildings, where the air was laden with dust from banned asbestos, or ventured up to the twentieth floor and were never seen again.

The audience discussion that followed ranged over many topics – from job opportunities for young Canadians, to the risk of extending Canada’s military role in Syria.

These things are keeping me awake at night. Who will do anything to stop them?